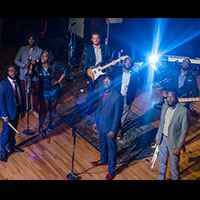 Dwayne Jordan is a percussionist, arranger, and composer from Charlotte, North Carolina. As a child, he was heavily influenced by rhythm and blues, gospel, hip-hop, and jazz; which developed his passion for music. Talented and skilled; his natural ear for the interpretation of rhythm and patterns gave a distinctive ability to play the drums. He has shared the stage with hip-hop artist Jhordan Parry, Rapsody, Grammy award-winning producer; 9th Wonder, Grammy award-winning saxophonist Branford Marsalis, and Grammy-nominated jazz percussionist: Joe Chambers. Jordan has opened up for artists such as Maceo Parker, Ludacris, Donald Lawrence, and several others. Jordan received his bachelor’s degree in Music Business from Winston Salem State University. Jordan received his graduate degree at North Carolina Central University receiving his master’s degree in Jazz Studies in Performance. Joran was an avid Middle School Band Director at Lowe’s Grove Middle school and he is currently a drum instructor at Hillside High School where he empowers students to strive highest at their talent abilities. 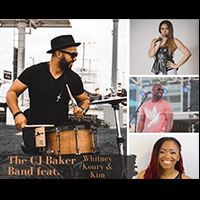 The CJ Baker Band is an all encompassing event band based out of Raleigh/Durham, NC. They perform all genres of music at a professional, high-energy level with many of their musicians having played with industry artists. 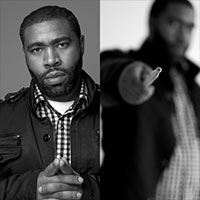 Brevan Hampden completed the Bachelor’s of Jazz Studies degree at NCCU in December 2009. There he studied with Branford Marsalis and Joey Calderazzo, the latter which he toured the world upon completing his degree. More recently, Hampden completed his Master’s in Jazz Studies/Performance at CUNY Queens College in Flushing, NY in May 2016. While at Queens College, he studied with many internationally acclaimed artists, such as Michael Mossman, Antonio Hart, Jeb Patton, and David Berkman. He studied drums and percussion with Donald Edwards and Vince Cherico. He also performed in the New York City area with many Grammy award-winning artists, such as Bilal, Ben Williams, Phil Cook, Roy Hargrove, Myron Walden, and Frank McComb. 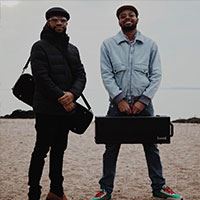 CT duo Johnviolinist and Cstaggz are a young dynamic duo who love to bring the stage to life. This fusion group has always brought the crowd to their feet. They are not just musicians but entertainers as well! 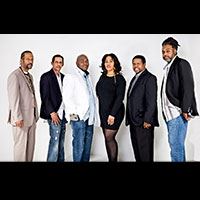 Sahara has livened-up various events in Greensboro and its surrounding areas for a few years now and continues to develop a strong following.  This talented group of musicians demonstrates a versatility that caters to various age groups; a trait that can be attributed to their combined years of musical and entertainment experiences. "SAHARA Style" is what they fondly call their musical flair and what a style. 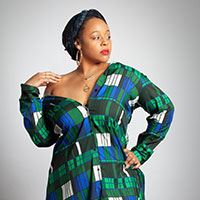 Damaris Joi is an international singer/songwriter from Cary, North Carolina.  Born a first-generation Ghanain-Mexican, this Afro-Latina "Southern Belle" draws inspiration from her cultural heritage and experiences growing up in the South. Infusing genres like RnB with Afrobeat and Dancehall, her motivation is to bring people joy through the power of music. 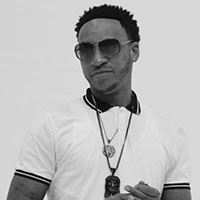 Gavin Williams is a platinum producer from Greensboro, NC. He has produced records such as "Just Like You" for Keisha Cole and “Black Men Don't Cheat" by Lil Duval and Charlamagne the God. 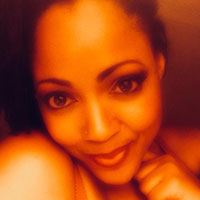 International Recording Artist Mavis SWAN Poole is an Award-Winning Vocalist that uses her musical genius to break barriers and educate others, all while entertaining in song. This breathtaking beauty has dedicated her life to reaching others through her gift of music and often heals souls in places where doctors can't touch. If your mind and heart are open, you're guaranteed a soulful treat when she graces the stage...... You're welcome. 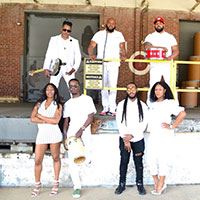 Captivating their audiences with that Go-Go sound is their specialty. Many of Uptown Swagga's members are from the DMV (D.C., Maryland & Virginia) area and know exactly what Go-Go music lovers want and how they want it. The band was formed in early 2009 and has already made a significant mark on the entertainment scene in and around the Charlotte, NC area. The eight-member group enjoys playing great music and entertaining crowds!